Can I be serious for a minute?

I have a friend, he’s called Anglesey Herman and he tells me stories about his life. Tales, if you like. Tall tales. Very tall. Like sky-scraper tall. I wrote lots of these tall tales down once. This is one of them. I’d like to know if you believe a word of it.

Anglesey Herman adopted a beaver. A Brazilian Beaver, no less.

Always a sucker for a woman with a pretty face, Herman was walking through Cardiff town centre when he was asked if he knew about the plight of the endangered Brazilian beaver. Of course, being an animal lover, Herman was keen to hear all about it.

You may recall (or not, as the case may be) Anglesey Herman has often been heavily criticised for his misadventures involving animals. Reports of throwing kittens at people and sniffing parrots remain unfounded but still Herman is keen to kill off any possible accusations of animal cruelty. He listened with growing horror to the trials of the Brazilian beaver, how their dams were wrecked to make way for boats and how banks and rivers had been lost to capitalist exploitation of their natural habitat. They were also really cute.

Soon, Herman was filling out the forms, giving over all his personal details. He signed up to a direct debit of £35 a month to help save the endangered Brazilian beaver.

We all have a lot to thank David Attenborough for. Over the years, his ground-breaking documentaries have shared a wonderful peek into the habits of many varied and incredible creatures, from all over the world. Anglesey Herman rightly felt the sad story of the Brazilian beaver hadn’t been given the type of coverage it deserved and so wrote to Sir David requesting the stricken creature be featured in his next series of documentaries. To Herman’s delight, Sir David wrote back a few months later. His delight was short-lived, however, when the documentary-maker dropped something of a bombshell. Apparently, there’s no such thing as a Brazilian beaver!

Anglesey Herman logged on to his internet banking and cancelled the three year-old direct debit to the Brazilian Beaver Trust with the ugly feeling he’d been well and truly conned.

So please, if you’re reading this, just send £2 a month, or whatever you can afford to Anglesey Herman. With just £2 a month he can scour the internet and the streets of Cardiff for charities that don’t exist and reveal the identities of the unscrupulous people that run them. For just £2 a month you can buy peace of mind and know none of your friends or family who may be lacking in the smarts department will be conned by a pretty face. For just £2 a month you can help Anglesey Herman pay his bills, pay off the loan on his ridiculously expensive computer, fuel his petrol guzzling Mercedes and ensure nobody is conned. 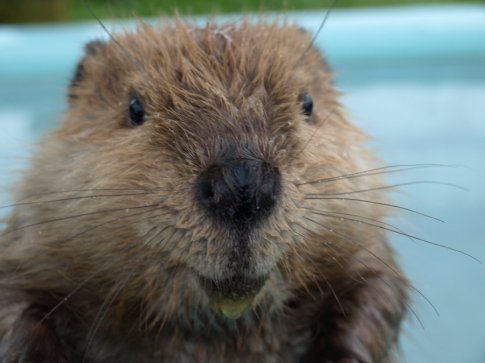 Not a Brazilian beaver

One thought on “The Endangered Brazilian Beaver”